Gothenburg is a self-help training camp for 18s and 20s based in the South West of Sweden. After late selection, I was all packed and ready to go, looking forward to the week of training ahead.  I travelled down south to meet up with my friend Chloe, who was also on the tour and after a swim in the hotel, we headed to bed before an early morning.

Waking up, the excitement was building, we headed through Gatwick and met up

with Sarah, Stan and Matt before our flight left the UK. Once we landed in Gothenburg, we were picked up by Mark and Alice and headed to the hut. When we pulled up at the hut, we met others and explored around the hut, and even had a short swim in the lake! Once everyone else had arrived, we all started getting to know each other and then we all headed out to a course planned by Kirsty and Joe not too far from the hut. It allowed us to get used to the terrain and stretch our legs after a long day of travelling. 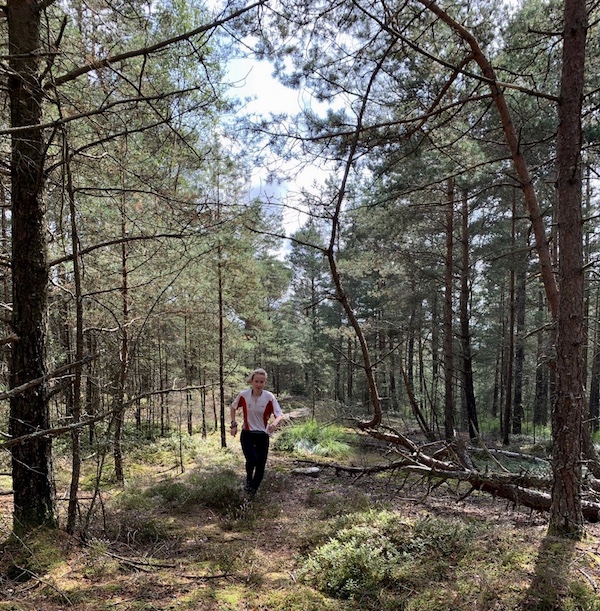 On the first day of training, we headed on the bus about 10 minutes away from the hut and got ready to head out on the training courses that Ryan had planned, it was based around Delsjo and the exercises were control pick and long legs. The control pick helped me to focus on the main features within the area and allow myself to understand the physical demand of the terrain. After this course, Sarah, Chloe and I headed out on long legs and decided to do a Talk O exercise, where we each took it in turns on different legs to talk through about how we approached it. After this, when we returned back, we had some lunch and headed back to the hut. In the afternoon, some of us decided to do a short run around the lake, and then after another swim, we all headed in for an early night.

Waking up on Tuesday morning, I was ready for another day of training and today we headed out from the hut to a forest, Stafett, around 20 minutes walk away. The exercise we completed in the morning was to practise completing legs without a compass, this was to help us to focus on the main features within the map and to be more aware of what feature the control was on. For this exercise, Sarah, Chloe and I completed it together again and allowed each person to take the lead to a control. This helped us to understand the different approaches taken to tackle each control. The terrain was tough, and the legs felt tired, but spirits were high. In the evening of Tuesday, we had a training session with Sävedalens orienteering club whose club hut we were staying in and for this, it was relay practise. We could complete as many loops as we wanted, and it helped us to not be so distracted in mass starts and allow for cleaner navigation under pressure.

Waking up on Wednesday morning was hard, tiredness had hit, so the training I decided to do for the day was a shorter and steady course, as I decided that I needed to be careful especially due to competitions approaching on the weekend. In the morning we headed to the forest around 15 minutes drive away and from our drawn maps, which we had completed at the hut, I headed out on the short and long legs exercise which allowed me to adapt to both situations, in being quicker on the shorter legs and focus on the main features for the long legs, and allow me to focus on what feature I was aiming for and to stop focussing on every minor detail. After that, Chloe, Sarah and I headed out to the shops as we were cooking for tea. We spent the rest of the afternoon and evening cooking and then headed down to the lake.

Thursday was agreed that it would be more of a “rest day”, some of the group went to do a small amount of orienteering and others stayed at the hut. A few of us that had decided to stay at the hut, arranged to run all the way around the lake we were staying next to. In the end, Sarah, Chloe and I ended up running around 10km, so it wasn’t really a rest, but it was very nice to get out in the forest! After a quick trip to the shops, we freshened up and then spent the rest of the day relaxing down by the lake before 3 days of competition.

Around came Friday, and due to the middle distance event not starting until late afternoon, the group had decided to have more of a relaxing morning and then head into the centre of Gothenburg due to the event being over in that direction anyway. After a bus ride into the centre, we had a walk around the city, explored the botanical gardens and bought some souvenirs. We eventually all met back up and before we knew it, it was event time! We headed to the event and due to it being the first competition my nerves were high. I had a decent run but lots of mistakes made, it helped me to see what I did need to focus on even more back in the UK and also helped me to realise the things I was doing right. It was lovely terrain, and nice to stretch the legs after a long day walking around. After a long journey, we finally made it back to the hut and settled in for the night. 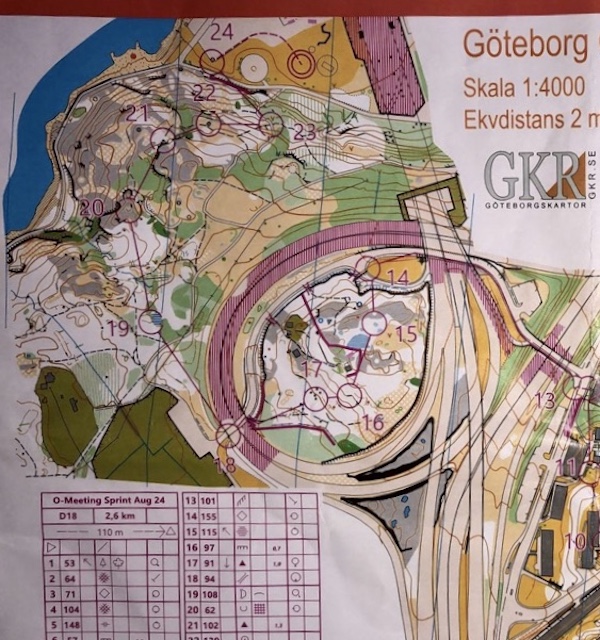 Saturday was when the tiredness completely hit, both mentally and physically, however I knew I wanted a cleaner run today on the sprint, so I topped up on porridge and woke myself up for the day ahead. Once we arrived at the event, we had some time before Sarah and I headed up to the start. I had a really clean and accurate first half of my course and I was running well. However, as the course changed into forest for the last part, my confusion with the scale and not reading my map properly meant I lost too much time and ended up further down than I hoped. It was frustrating but I knew I had to learn from it. After the early morning sprint, the group split with some going to the archipelagos and the others, including myself, heading to Liseberg Theme Park. This was a nice distraction after the bad run and allowed the group to get to know each other better.

As Sunday rolled around, I knew it was going to be a tough day because even waking up was hard! I knew that I wanted to really try to nail the navigation and running over the terrain. As I headed to the start, my legs felt extremely tired and I knew the whole race was going to be hard, I also had to block out the fact that Chloe and Sarah were 2 and 4 minutes behind me. I hit the area of number 1 well and after wasting some time running around in circles around the control, I eventually punched and moved onto number 2, only to eventually find out that my run was about to go downhill. I had completely misinterpreted the map and the terrain and ran off in multiple wrong directions and relocating was extremely hard, particularly as I found myself making the terrain fit the map, even when it didn’t. After messing around for too long, the decision was made that I needed to retire. I realised that my body and mind weren’t able to deal with the terrain and I knew the heat was also making me struggle. I was disappointed in myself, but I knew I had made the right choice. After I returned back to assembly and put my thoughts into perspective, I realised I had made the right choice and although I didn’t experience the course to its full potential, the part that I did complete was fairly enjoyable.  After this, we headed back to the hut and down to the lake for one last swim as a whole group and enjoyed a late night together before the day of departures.

Monday morning rolled around and as we waved off the first four people to leave, it hit me how much I had enjoyed my week. Even though it had its ups and downs, the experience of running in Swedish forest and making new friends and developing my training around me showed me how grateful I was for the opportunity. The rest of the group that didn’t need to leave until later on in the day, helped to tidy the hut and then spent the majority of the day relaxing and having a swim in the lake. Before I knew it, it was time to head to Gothenburg Landvetter airport and catch our flight back to the UK.

It was an amazing week of training, that helped me to improve my orienteering and helped me to identify both my strengths and weaknesses which I can adapt into my training. It also was so nice to make new friends and catch up with old ones from previous tours. I would personally like to thank Mark and Alice for all their time and effort spent planning the week and making sure everything ran smoothly. I would also like to thank Sävedalen AIK for letting us stay in their the hut for the week. Finally, I would also like to thank the Jack Bloor Fund for supporting me to be able to experience this fantastic opportunity. 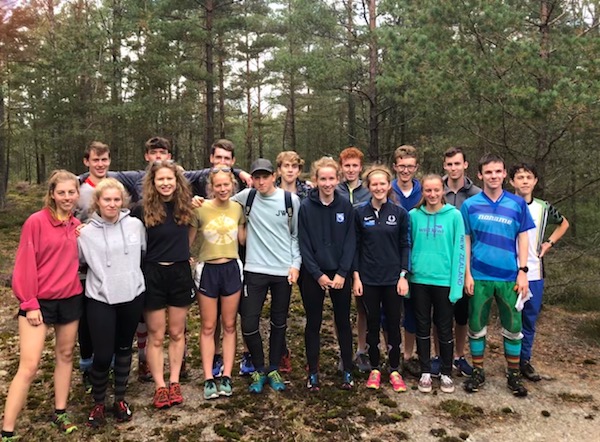