It was a goal that had been 2 years in the making. We had decided that we wanted to do our gold Duke of Edinburgh’s expedition in Iceland and had spent the previous 2 years fundraising to achieve this.

At last we were underway, unfortunately Iceland air had cancelled our flights and the only way to reach our connecting bus in time was to take alternative flights from Luton Airport meaning a long drive and an early start. Finally arriving in Iceland we had an acclimatisation trek to a beautiful hot river, everyone enjoyed soak in the soothing waters. Little did we know if this would be the last we would see of the sun for over a week.

The next day it was another early start to get the four wheel drive high clearance bus to the start of the trek . The bus arrived exactly on schedule and there was some nerves as we set off knowing that there was no going back now and the next time we would see a road would be at the finish in four days time. It took just over 2 hours of dramatic volcanic scenery, dirt roads and river crossings to reach the start point of Landmannalauger. We were greeted at here with notices warning of an incoming gale that was expected to destroy tents. Advice from the rangers was to push on as quickly as possible to reach lower and safe ground before the gale was due to hit 2 days hence.

We set off as quickly as possible. Day 1 was to have the most ascent first 3 days of the expedition and we started off climbing steadily through impressive geo-thermal areas and lava flows. Views were stunning and we made good progress.

Still clear for us, pause for the thought was had at the memorial to a young Israeli man who lost his life in blizzard conditions only a short distance from the nearby hut and safety. Cresting the ridge we dropped the short distance to hut and met up with our leaders. Crossing the plateau after the hut the going became more difficult with multiple small gullies to be descended and re-ascended.

Everyone was glad when eventually we reached the edge of the plateau and were able to look down into the rift of the Alftvan Valley and the campsite for the first night. Before we could get there though there was a steep descent to the river and our first river crossing. We had trained on how to do this safely but nothing can prepare for the sheer shock and pain of the temperature of glacial run-off water around your exposed feet! Thoroughly refreshed by this extreme spa we covered the last few kilometres to our overnight campsite at Alftvan. With only an hour or so of daylight left it was important to quickly get the tent up and to cook and eat. The warden here again warned us of the incoming gale and advised us to leave as early as possible tomorrow morning to have finished the day’s trek, have tents up and be hunkered down prior to 2 PM the following afternoon.

Awake very early tents down and away from the camp site for 6 AM, at least we were not disturbing other campers as the other people here were doing the same. The first river crossing of the day came within a few 100 m of leaving camp and the coldness of the water certainly shocked everyone awake. A lava flow was crossed before second river crossing of the day, the most serious that we had encountered so far. The next stage is several kilometres over a black bassalt desert, barren but strikingly beautiful.

All the time and the wind was picking up as forecast. Arriving at the Emstrur hut we were greeted with bad news: the warden’s strong advice was that camping here tonight would likely see tents been destroyed by the wind and that we should continue to descend to lower safer ground. Having thought that we had finished for the day now we were only halfway through the mileage! Carrying on we were soon walking in deluging rain and strong winds. The next check point with our leaders was at the Pronga River Crossing. By this point we had walked nearly 40kms  and were thoroughly wet and tired. The river was raging and we weren’t sure if we were going to be able to cross safely. Our leaders went first to check it out and we could see that the water was well above their knees and the force of it was moving them about. Soon it was our turn, the water was very cold, deep and fast flowing, we really had to put our training into practise to make sure that we all got safely across. From here it was only another couple of kms until we could finally finish after a 12 hour long day. We were glad that the campsite had a shelter were we could cook and get warm and dry.

Our original route plan was to continue our expedition from Porsmork crossing the Fimmvorduhals to finish at Skogarfoss, but the continuing poor weather of torrential rain, difficult river crossings and high winds meant that that pass was closed. It’s not possible to walk out down the valley because of the river crossings and normal vehicles can’t get in, so the only possible way out of the valley was a  four wheel drive high clearance bus that comes twice a day. Climbing a nearby hill our leaders got enough phone reception to book us seats on the bus and we re -planned our expedition route to spend the next two days climbing some hills in the Porsmork valley area.

On the day we were due to get the bus, we learnt that the bus could not cross the river to where we were, but there was a possibility that it may be able to get to the Basar camp site on the other side of the valley, if it couldn’t get there we would be stranded until the rivers went down. We quickly set off to get to the other campsite, we could get there on foot as there was a small footbridge over the deepest part of the braided river. 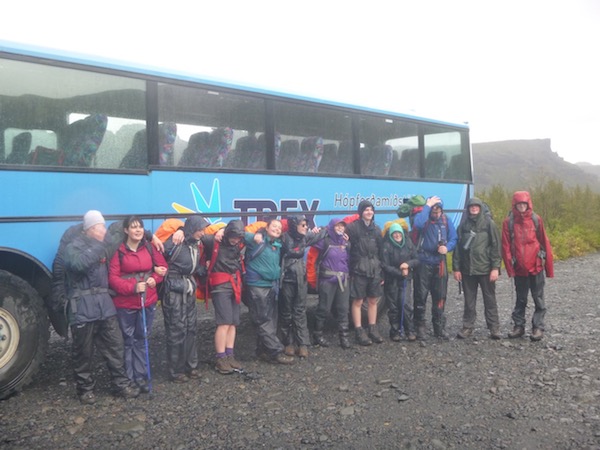 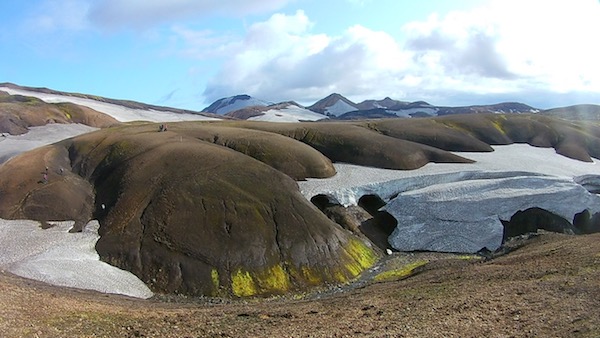 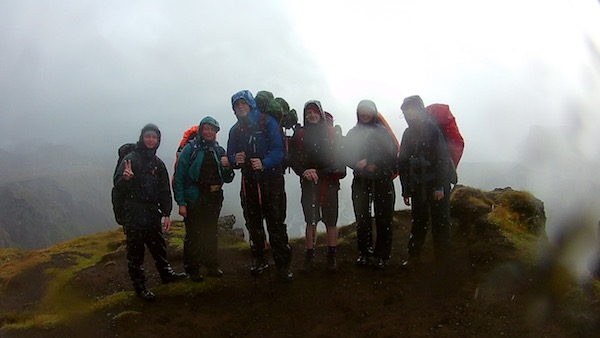 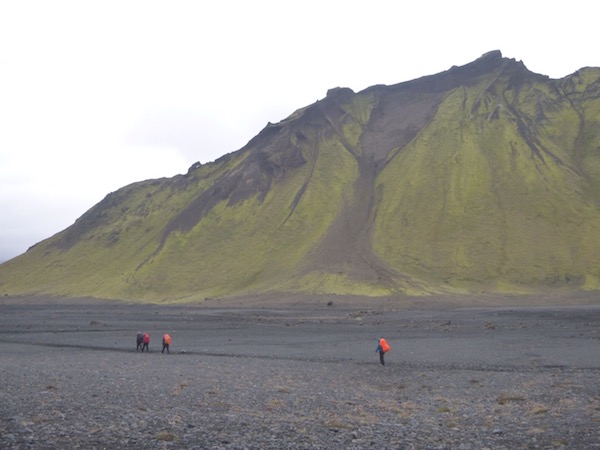 We really hoped that the bus would be able to get up the valley, it had been raining heavily for three days now and it was a struggle keeping dry clothes dry plus no one had much food left. There was much relief when we got to the Basar campsite and found that the bus had made it! The ride out was rather exciting with the bus having to cross several deep fast flowing rivers but we made it safely.

Our Iceland expedition was a huge adventure, we had a massive day of 40kms walk with a serious river crossing in very bad weather but we worked together as a team and all achieved far more than we would have thought possible if you had asked us before we set off.

Thank you to the jack Bloor memorial fund as well as all our other supporters and our leaders for making this adventure become a reality.