This message is only visible to admins.
Problem displaying Facebook posts. Backup cache in use.
Click to show error
Error: Error validating access token: The user has not authorized application 1332798716823516. Type: OAuthException

Jack Cummings fell in love with fell running aged 8! Now 23 and he’s still passionate about it. Winner of U23 Jack Bloor memorial Trophy for 3 years in a row 👏🏼👏🏼👏🏼 🏆 🏆🏆. He used his enthusiasm and a grant from the Jack Bloor Fund to pursue a career in Personal Training to help others to train, motivate and encourage individuals to improve. Read his story here www.jackbloor.co.uk @ Ilkley Moor ... See MoreSee Less

Happy New Year everyone! Hope you’re managing to cope with lockdown3. Despite COVID we still managed to award some grants during 2020 and we’re still open for applications in 2021. Although the 2020 Jack Bloor Races were cancelled we still raised 75% of our target in lieu of race fees. You can still donate via GoFundMe. We have no idea what will happen this year but fingers crossed we can have a race. We will be in touch. Jack Bloor Trustees ... See MoreSee Less

Rosie Watson winner of the 2018 Jack Bloor Fell Race, will be speaking at the Kendal Film Festival on Friday 27th November about her amazing journey 👏👏👏👏👏The New Story Run! In August 2019 Rosie Watson set off running from her parents home in the Lake District, UK, towards Mongolia. A solo, low budget adventure, with logistics deliberately barely planned out, she was also carrying (and sometimes pushing) her 8-13kg of camping stuff that would support her for what was expected to be a 2 year journey. The purpose was and is to use the run to contribute a small part towards changing the way we talk and think about the climate crisis. ... See MoreSee Less

Quick UPDATE.We are OPEN for applications :-)We have accepted several requests from young people this year although some of their various endeavours are currently on hold many are opening up again.Our fundraising site is still OPEN, if you feel able to donate part or all of your 2020 race entry fee that would be most appreciated.Thank you and stay safeJack Bloor Trustees ... See MoreSee Less 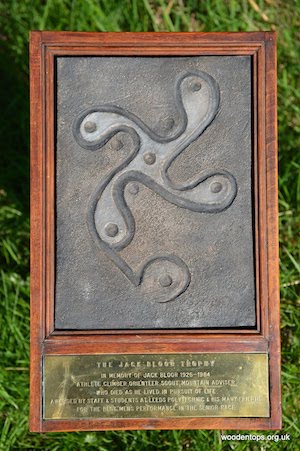 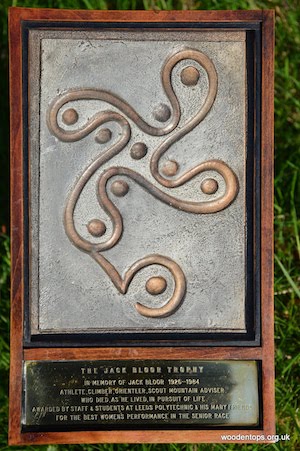 In memory of Jack Bloor 1926-1984
Athlete, Climber, Orienteer, Scout Mountain Adviser
Who died as he lived, in pursuit of life.
Awarded by staff and students at Leeds Polytechnic and his many friends
For the best Men’s and Women’s performance in the senior race

The image is based on the Swastika stone a rock carving found on Ilkley Moor and is checkpoint two in the senior race.
Swastika – an ancient symbol of PEACE 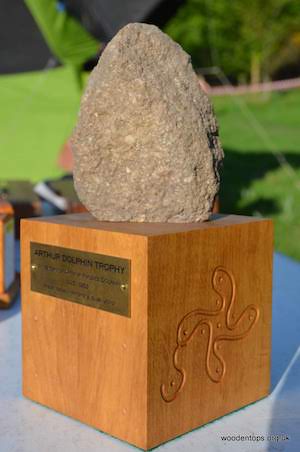 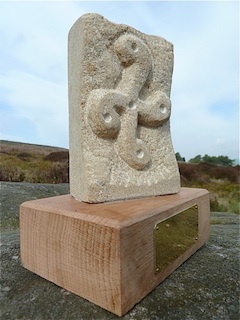 Pat Bloor Trophy
In memory of Pat Bloor 1930-2011
U23 Woman
Presented by her children
Hilary, Vivien, Robert and Roger 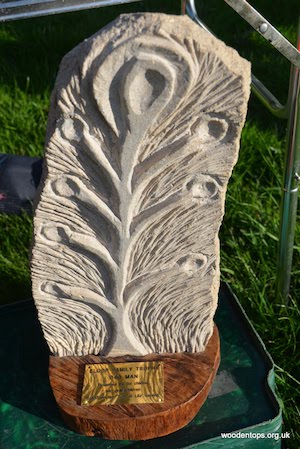 Based on the ‘Tree of Life Rock’ carving

Presented to the best O40 Man

Presented by the children, Hilary, Vivien, Robert and Roger and the grandchildren, Alistair, William, Max, Mitchell, Ella and Lucia 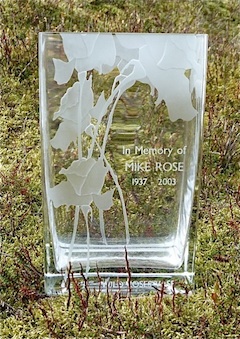 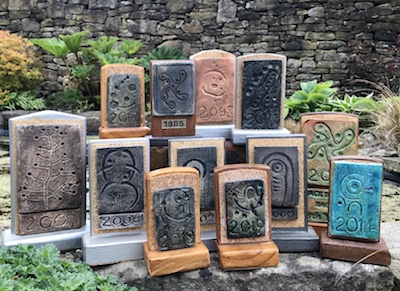 A selection of the small trophies from over the years

The Small Trophies have been presented at the Jack Bloor Races since 1985. Pat Bloor initiated the idea of using a rock carving from Ilkley Moor for the overall winners trophies and for the small trophies, which have become a unique feature of the race.

Every year we select a different stone carving and produce a small trophy which is presented to each class leader to keep.

David Walker made these excellent and unique trophies until 2007 when James Fonquernie agreed to continue with the same theme. Each year a different Ilkley Moor rock carving is used for the basis of the design. The design for the annual Jack Bloor trophies was inspired by the Swastika Stone (Checkpoint 2), the most famous rock carving on Ilkley Moor.

James knew Pat Bloor, he lived in the same street and they were members of the same gardening club so when David Walker stepped down from making the small trophies, James volunteered.
James has always liked making things, he owned an engineering company for 18 years and he still finds pleasure in making and mending things. His garden is like a sculpture park it’s full of stuff from flower arrangements to things he’s collected and placed there, he has made 5 arbours and won many prizes for them.
Thanks to James we still have small trophies.